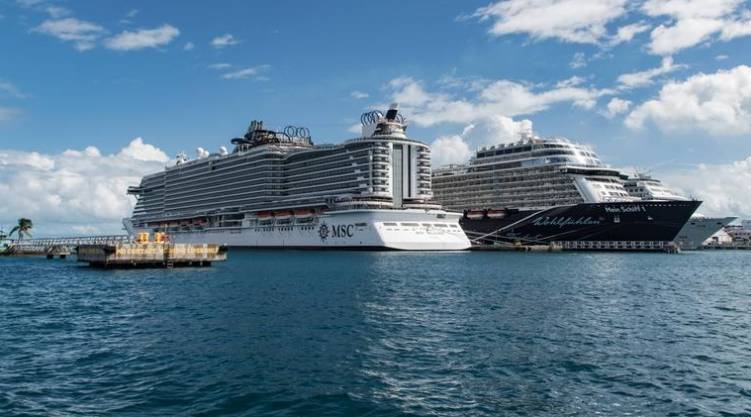 Hurtigruten stops cruises after Corona eruption. Aida postpones the start of the season. A Tui ship lands safely in Hamburg. About the state of the industry.

At the weekend, the corona virus was detected under the crew of a Hurtigruten passenger ship in Norway among 36 crew members. Now the VUSR travel agency association advocates a general test requirement. The cost should be borne by the guests themselves.

After the coronavirus outbreak on their cruise ship “Roald Amundsen”, the Norwegian shipping company Hurtigruten is no longer offering trips with its three expedition ships “Roald Amundsen”, “Fridtjof Nansen” and “Spitsbergen”. Previously, 36 crew members and now several passengers on the ship had tested positive.

Hurtigruten works closely with the authorities to handle the situation as best as possible, said CEO Daniel Skjeldam. According to initial evaluations, there were deficiencies in the internal approach that are now being analyzed.

The Hurtigruten ships on the so-called mail line between Bergen and Kirkenes, on the other hand, continue to operate.

Aida has postponed the scheduled restart of cruises. Planned short trips with the AIDAperla from Hamburg were made until August 15th. canceled, the AIDAmar from Warnemünde can until 16.8. not start.

According to the company, the company has developed comprehensive concepts for the new start together with authorities and health experts and implemented all of the increased hygiene standards and corona measures on board its ships.

A final formal approval by the flag state of Italy is still pending.

After a three-day short trip with strict requirements, the cruise ship “Mein Schiff 2” has arrived in Hamburg. The Tui ship, which due to corona had only taken 1,500 instead of 2,900 passengers, had been on the North Sea without a shore leave since Friday.

On a short trip the weekend before, the ship was the first large cruise ship to depart from a German port after a forced break of several months.

There was a strict hygiene concept on board: