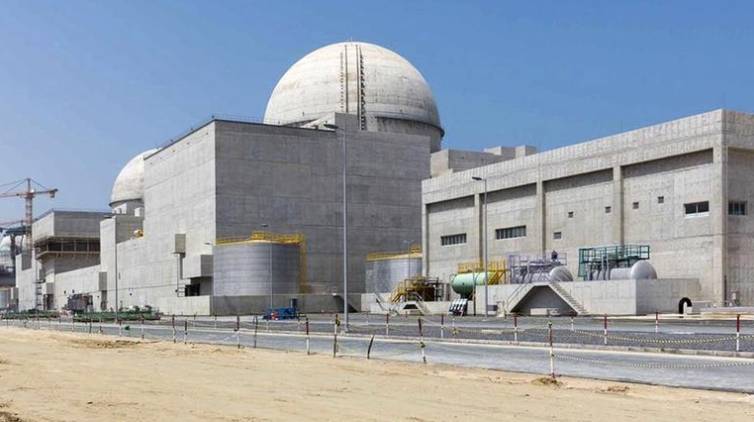 The Arab states are known for their oil. However, the deposits will soon run out. The United Arab Emirates are banking on an energy mix – now with nuclear power.

It is the first of its kind in the Arab world: the Barakah nuclear power plant. Reactor block I of the nuclear power plant has been successfully started up today, reports Hamad Alkaabi, representative of Abu Dhabi at the International Atomic Energy Agency IAEA, in the short message service Twitter.

Commissioning was a “historic milestone” for the Emirates, Alkaabi wrote. This should establish “a new kind of clean energy for the nation”.

Total output of the nuclear power plant of 5,600 megawatts

After full commissioning, the Barakah power plant will consist of four reactor blocks and have a capacity of 5,600 megawatts. That would cover a quarter of the rising energy needs of the United Arab Emirates.

The nuclear power plant is part of a restructuring of the country’s energy supply: Last summer, the Emirates, which are among the richest countries in the world thanks to income from the oil and gas business, commissioned one of the largest solar plants in the world.

The country estimates the construction costs for the Barakah nuclear power plant at around 20 billion euros. The power plant is located in the west of the Emirates on the coast of the Persian Gulf, not far from the border with Saudi Arabia. The nuclear power plant was built by a consortium consisting of the state’s Emirates Nuclear Energy Corporation (Enec) and a South Korean energy company. The construction of the plant was controlled by the IAEA and the World Association of Power Plant Operators Wano.

The Arab Emirates had always approved the checks. And they have repeatedly emphasized the peaceful orientation of their nuclear program. Nevertheless, the neighboring country of Qatar describes the nuclear power plant as “a threat to peace in the region”.