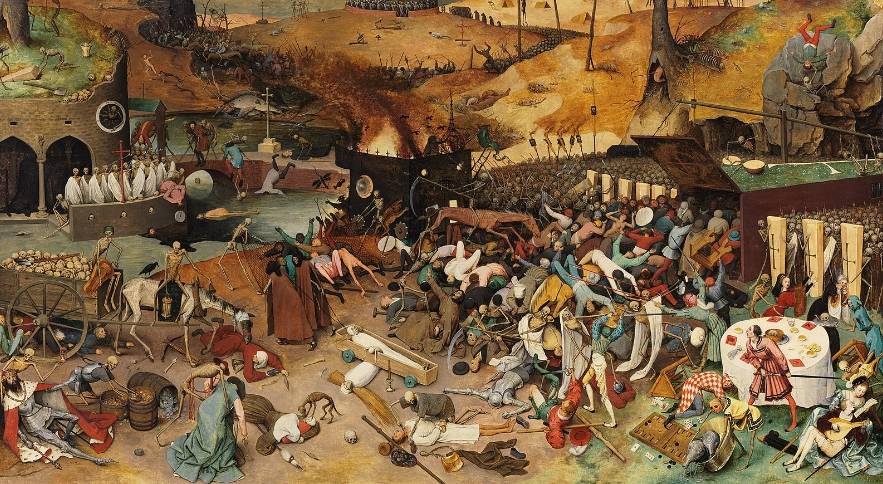 A group of scientists came to the conclusion that the medieval plague that devastated Europe in the 14th century continues to influence the health of living people through the genome. This is evidenced by the results of a study published in the British scientific journal Nature.

An international team of scientists led by geneticists Jennifer Clank from McMaster University in Canada and Tauras Vilgalis from the University of Chicago analyzed DNA taken from the teeth of 206 skeletons buried in plague pits in east London, as well as in Denmark. As a result, it turned out that a plague pandemic from the bacterium Yersinia pestis 700 years ago caused a mutation in a gene called ERAP2, which helped part of humanity survive the Black Death.

“We have collected over 500 samples from the remains of people who died in London and Denmark before, during and after the Black Plague. The dead were divided into three groups: those who died before the plague, those who died during the epidemic, and those who survived but died some time later. In a pandemic that kills up to 50% of the population, protective gene variations are necessarily selected from people. People susceptible to a circulating pathogen die. Of course, survivors who have reached childbearing age will pass on their genes to their offspring,” explained one of the co-authors of the work, geneticist Hendrik Poinar.

Biochemists have discovered that, in response to a series of epidemics, medieval humans modified several genes that code for immune proteins that protect tissues from pathogenic bacteria. This caused an adaptation in the human immune system that continued to evolve for hundreds of years. And while the genes involved appear to confer increased resistance to plague, scientists have found that the same genes today may be associated with increased susceptibility to autoimmune conditions such as Crohn’s disease and rheumatoid arthritis.